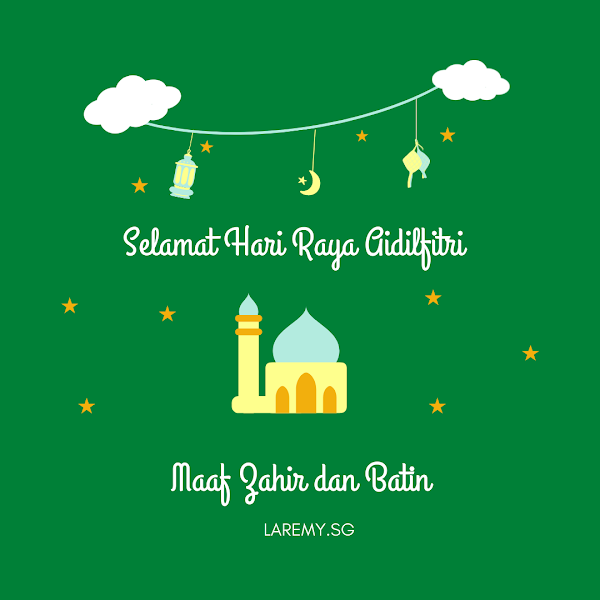 Ever since I came to learn about the phrase “maaf zahir dan batin”, I’ve been fascinated by both its meaning and the context in which it is spoken, in terms of custom and practice.

Translated to the best of my knowledge, “maaf zahir dan batin” means “forgive me inwardly and outwardly” or “forgive my physical and emotional wrongdoings”.

It’s used as a greeting on Hari Raya Aidilfitri, in which the speaker seeks forgiveness from others for any lapses or hurt that may have been caused through word, thought or deed.

Also, while I can’t find an authoritative source on this right now, I remember reading previously that the phrase has special meaning for the recipient too.

It urges them to forgive wholeheartedly – not just on the outside, in a superficial manner, but in their hearts as well.

This relieves them of carrying the burden of hurt, which can be doubly damaging, and at the same time, genuinely assuring the speaker they are forgiven.

At the same time, I’ve found the custom and practice of seeking forgiveness fascinating, in relation to the concepts espoused in Religion for Atheists by Alain de Botton.

For some context, de Botton:

…examine[s] aspects of religious life which contain concepts that could fruitfully be applied to the problems of secular society…that could prove timely and consoling to sceptical contemporary minds facing the crises and griefs of finite existence on a troubled planet” (19).

One of the aspects De Botton discusses is habitual practices, in terms of customs or conventions.

While sometimes tedious when carried out in a monotonous, ritualistic fashion, having a routine can be beneficial, especially when opportunities may not always readily present themselves to, for example, soothe or ameliorate tensions or grievances.

In de Botton’s musings on the practice of seeking forgiveness, he writes:

As victims of hurt, we frequently don’t bring up what ails us, because so many wounds look absurd in the light of day. It appalls our reason to face up to how much we suffer from the missing invitation or the unanswered letter, how many hours of torment we have given to the unkind remark or the forgotten birthday, when we should long ago have become serene and impervious to such needles. Our vulnerability insults our self-conception; we are in pain and at the same time offended that we could so easily be so.

Alternatively, when we are the ones who have caused someone else pain and yet failed to offer apology, it was perhaps because acting badly made us feel intolerably guilty. We can be so sorry that we find ourselves incapable of saying sorry. We run away from our victims and act with strange rudeness towards them, not because we aren’t bothered by what we did, but because what we did makes us feel uncomfortable with an unmanageable intensity. Our victims hence have to suffer not only the original hurt, but also the subsequent coldness we display towards them on account of our tormented consciences.

[… when] human error is proclaimed as a general truth [it] makes it easier to confess to specific infractions. It is more bearable to own up to our follies when the highest authority has told us that we are all childishly yet forgivably demented to begin with (56 – 57).

Thinking about “maaf zahir dan batin” in light of this makes much sense and, as de Botton suggests at the end of the chapter, could become a universal practice.

So from me to everyone, here’s kicking off this practice by wishing you a Selamat Hari Raya Aidilfitri and maaf zahir dan batin.

Even land must lie fallow, from time to time, if it is to continue to produce life.

“I can’t tell you how to get to the Castle Yonder because I don’t know where it is. But if you ever come this way, look for me”.

— Maurice Sendak, Higglety Pigglety Pop! or There Must Be More To Life.