Or, What to do if you meet with an accident in Singapore.

I think the proverb is supposed to be a bit tongue-in-cheek, in that one always tends to say, “Well, I wanted to, but you know…” and doesn’t do anything in the end, hence being placed on an express queue to hell in the Judeo-Christian sense of the word.

But I’m wondering if it can also refer to how being nice can sometimes backfire. Why?

Well, Pooters got hit from behind by a taxi on Fri, 27 Mar. I had stopped at a red light for a few seconds when this clown of a taxi driver came screeching to a halt right behind me. Obviously, he had either been speeding or had been distracted by something, because he couldn’t stop his taxi from hitting my bike in time. I wasn’t injured, but Pooters was. 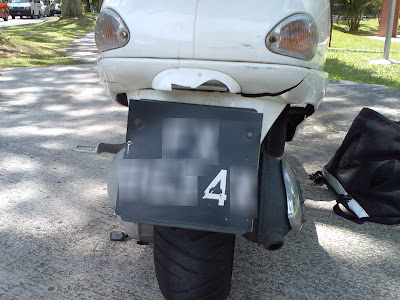 Was quite sad to have to send Pooters to the workshop because I don’t seeing my bike in a sorry state. But I’m also thankful for the fact that I didn’t get injured – while I love my scooter quite a bit, Pooters is much more repairable than I am. So if I had to choose between me going to the hospital and Pooters going to the workshop, I’d choose the lesser of two evils. 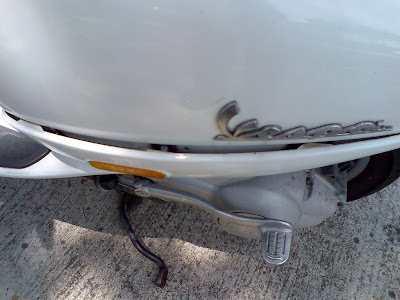 Perhaps the accident wasn’t that bad partly because I hadn’t exactly stopped at the stop line myself. The light turned amber at the third arrow before the stop line, and I didn’t want to run a red light, so I only stopped slightly after the stop line. Also, I heard the screeching of brakes before the collision, and had already moved slightly forward with the intention of flinging Pooters aside and jumping away. 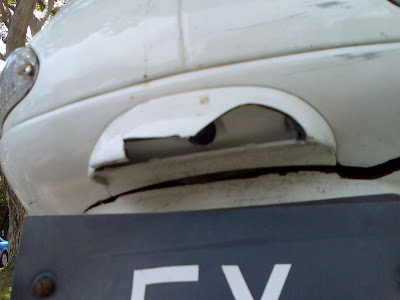 It didn’t come to that, but the taxi driver still emerged from his taxi and apologised to me profusely. I was very chill about it, because I’ve been in scrapes before and I just wanted to get the documentation down and be on my way. I was supposed to go watch The Importance of Being Earnest later that night, and I didn’t want to let the accident spoil my plans and/or my mood. 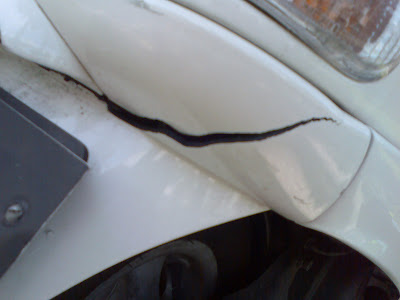 The taxi driver wanted a private settlement; he mentioned that he hadn’t paid off his installments for something, and it sounded suspiciously like he hadn’t finished paying off his installments for a previous accident he had been involved in. It should have set off alarm bells, but I, being the overly nice person that I sometimes am, decided to take him on his word and go with the private settlement. That was when my troubles began. 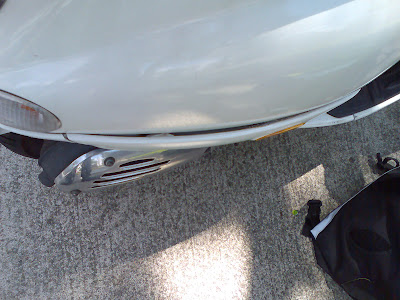 Well, not really troubles lah. To cut a long story short – the taxi driver very nearly defaulted on his agreement. After I got my vehicle back and tried contacting him to inform him about the repair costs, I found out that he had either switched off his phone or had disconnected his line. After a few days of listening to disembodied beeps, I decided to send an e-mail of complaint to the taxi company yesterday. This was a good move – they got back to me within the day, and I got my money back before the sun had set. So kudos to SMRT Taxis for the prompt and courteous customer service.

So should I have gone straight to filing an insurance claim, or should I have stuck to the private settlement, as I did in this case?

I still don’t know what the best choice is, but I’m just glad that this is one less matter for me to deal with. I think it really depends on the situation – maybe being nice and having good intentions sometimes is alright. But one cannot be too nice all the time, and there must be a limit to one’s goodwill.

In any case, I think the Singaporean motorists out should be aware of what to do in the event of an accident. My advice in five simple steps: 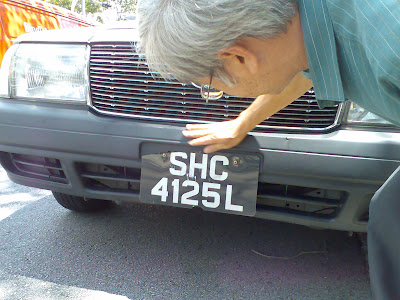 The taxi driver, by the way, is quite a character. But that’s another story for another time.

<ADV> Invitation to Something Old.
Three things for you to chew on today: