I REFER to “No more contact rugby for primary schools?” (Sep 22).

I applaud the move to consider running both mini rugby and touch rugby competitions in primary schools in 2012.

As a sport in Singapore, touch rugby has had to live in contact rugby’s shadow for a long time. I am glad that equal focus is now being given to both sports.

I hope this focus is extended to cater to youths of both genders at the secondary and post-secondary levels.

More opportunities should be provided for our young to explore their interests and learn about their capabilities at different stages of their development.

I also look forward to a future where touch rugby is included in the calendar of the annual Inter-School Sports Competitions.

Touch rugby deserves the recognition and prestige as an established sport in its own right.

(Published as “Kudos for introducing touch rugby in primary schools” on 29 Sep 2011 in TODAYonline.) 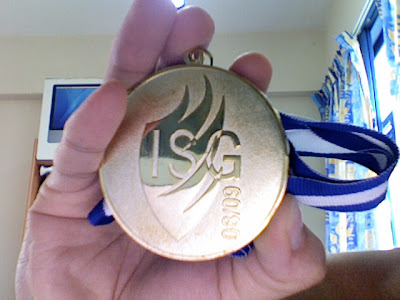 I’ll be playing touch rugby again in a fortnight after a long absence due to my teaching practice and other commitments. Nevertheless, if you’re interested in playing or learning how to play touch rugby, do join us then.

You can check also out these sites for more info: