In Act 1, Scene 2 of Arthur Miller’s The Crucible, there’s an exchange between Elizabeth and John Proctor that goes like this:

PROCTOR: You will not judge me more, Elizabeth. I have good reason to think before I charge fraud on Abigail, and I will think on it. Let you look to your own improvement before you go to judge your husband any more.

ELIZABETH: I do not judge you. The magistrate sits in your heart that judges you. I never thought you but a good man, John, only somewhat bewildered.

That line, to me, has always been both the play right there and the most succinct demonstration of Miller’s craft as a playwright.

In certain instances, the word could also refer to someone being confused as to the direction or situation they are heading or in.

In the case of The Crucible, it’s also instructive to return to the more archaic meaning of the word.

Miller aptly uses it, both in the context in which the play is set, as well as to describe Proctor: to be thoroughly led astray or lured into the wild.

To some extent, Elizabeth is describing Proctor’s dalliance with Abigail as an example of his being led astray by her. It’s also a reference to how he has been “bewitched” by her, hence his seemingly odd behaviour.

Yet, bewilderment goes beyond more than just the transgression of sexual and marital mores.

While the different characters each have their own struggles with identity, Proctor’s struggle is his search for who he truly is as a person.

His bewilderment, then, is not just about how Abigail’s womanly wiles have lured him into the wild.

Much like how Salem has, ironically, corrupted itself in its attempts to retain some semblance of goodness, John’s bewilderment is a result of how he has has lost his way in the wilderness of this corrupted society and, from which, he has to find his way out, if he is to hang on to his self, and all that is good about it. 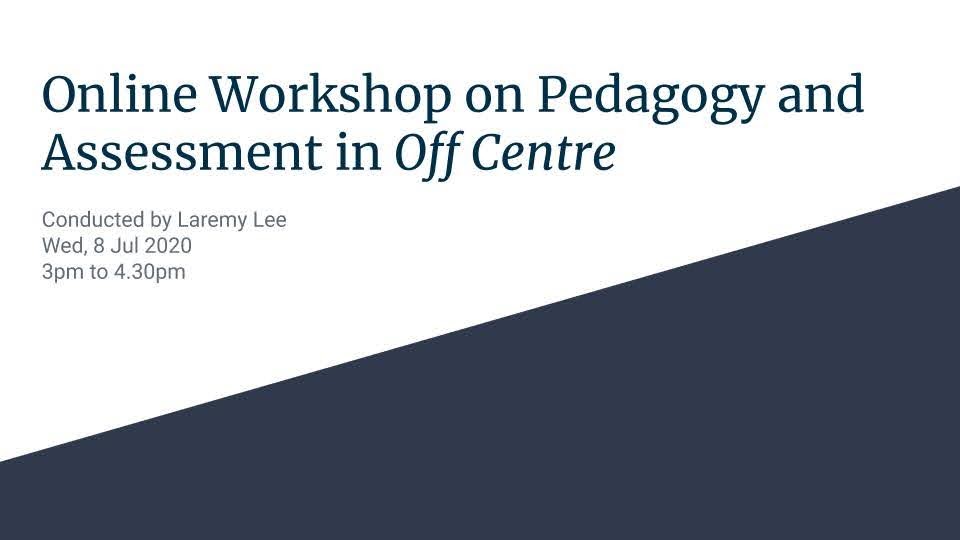 I had the privilege, a fortnight ago, of conducting a bespoke online workshop for teachers on pedagogy and assessment in Off Centre by Haresh Sharma.

For participants who signed up, I got a sensing of what they wanted – and needed – to know before designing the workshop to meet their needs.

An overview of what was covered: 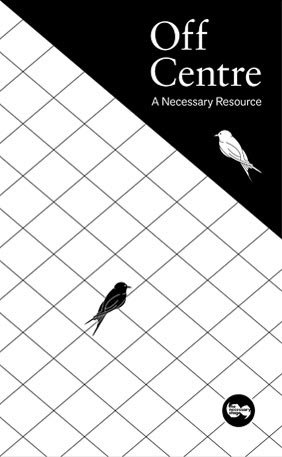 OFF CENTRE: A NECESSARY RESOURCE
WITH CONTRIBUTIONS BY ALVIN TAN, LAREMY LEE AND AKANKSHA RAJA

Off Centre: A Necessary Resource is the much-awaited guide to Off Centre, one of Singapore’s most celebrated plays. This resource guide comprises material that will greatly benefit all educators and students of Off Centre. It features pedagogical notes, insights on the play, as well as a question and answer section with the playwright, Haresh Sharma.

Off Centre made history in 2007 by being the first Singapore play selected by the Ministry of Education to be offered as a GCE O- and N-Level literature text. The play, best remembered for presenting an honest and unflinching look at mental illness and the social prejudices surrounding it, has been back on the syllabus since 2018.

Off Centre: A Necessary Resource is available at The Necessary Stage and other select bookstores.